Huff Post on Feeding the Homeless in the US

How is it now a crime to help the poor? Recently, Arnold Abbott in Fort Lauderdale was arrested twice for publicly helping feed the vulnerable in his community and now faces jail time for giving food to homeless people. This new law bans public meal-sharing. Arnold Abbott, 90-years-old said: “One of the police officers came over and said ‘Drop that plate right now,’ as if I was carrying a weapon.” He added: “These are the poorest of the poor, they have nothing, they don’t have a roof over their heads. How do you turn them away?”

Ron Book, a city lobbyist, defended the law arguing that “Feeding people on the streets is sanctioning homelessness.Whatever discourages feeding people on the streets is a positive thing.” This aloof statement suggests that homeless individuals are choosing a luxurious option as if there situation wasn’t riddled with suffering and hopelessness. The city has decided the best response to hunger and homelessness is to allocate money in their budget to bus the homeless out of town.

This phenomenon not isolated to Fort Lauderdale. This new law has come into effect in Seattle, Los Angeles, Phoenix, Dallas and Philadelphia. Astonishingly, according to the National Coalition for the Homeless, 33 American cities passed new restrictions on feeding the homeless between January 2013-April 2014.

Jews are commanded against following these laws, since we are obligated to feed and tend to the most vulnerable in our midst. The Shulchan Aruch writes:

In the Bible, a society that punishes those that feed the homeless is analogous to Sodom, a city that was riddled with moral perversion. Not only are we encouraged to engage in hospitality and acts of kindness we are warned that there will be punishment for those who mistreat guests and those in need. We see this in the paradigmatic failure of hachnasat orchim (hosting guests) in Sodom and how it leads to the destruction of society (Genesis 19): “They had beds [in Sodom] upon which travelers slept. If he [the guest] was too long, they shortened him [by lopping off his feet]; if too short, they stretched him out” (Sanhedrin 109b). They not only avoided welcoming guests and abused them, but punished those who reached out to others. “Rabbi Yehudah said: They issued a proclamation in Sodom saying: ‘Everyone who strengthens the hand of the poor and the needy with a loaf of bread shall be burnt by fire!’” (Pirke DeRabbi Eliezer 25).

It is hard to imagine any religious (or secular humanist) tradition endorsing such perverse cruelty to the most vulnerable in society, but it has a long history. More than 200 years ago, Thomas Malthus not only theorized (with little empirical data, one might add) that population would outstrip the ability of people to feed themselves, he was obsessed with the idea that the poor should not procreate, and militantly opposed any charity as an encouragement for the poor to multiply. Charles Dickens famously parodied Malthusian cruelty in A Christmas Carol with Ebenezer Scrooge, who rejects an appeal for charity from poor Bob Cratchit. When told that many of the poor would rather die than face the harsh conditions of the workhouse, Scrooge answers that “…they had better do it, and decrease the surplus population.”

In the 20th century, there were further efforts to restrict aid to the homeless. During the early years of the Great Depression in the 1930s, some western communities banded together to prevent migrants from entering their town, an episode vividly described in John Steinbeck’s graphic novel, The Grapes of Wrath. Among the homeless, an estimated 2 million people (nearly all men) called “hoboes” hitched rides on freight trains in an effort to find work in America.Perhaps 6,500 were killed annually by accident (for example, falling under a train) or by being murdered by train agents hired to ensure that no hobos boarded their trains. Among these hoboes was future Supreme Court Associate Justice William O Douglas, and undoubtedly many others fought and died fighting for this nation in World War II.

• Restriction of feeding on public property

• Limiting the number of people who can be fed

• Restrictions based on spurious concerns for food safety

One person who is behind the spate of laws outlawing the feeding of the homeless is consultant Robert Marbut. In a recent interview with NPR, speaking from San Antonio, Texas, he claimed that more than 90 percent of money given to the homeless is wasted on things like drugs and alcohol, and that feeding the poor results in “preventing people from going into 24/7 programming.” Marbut claims that he lived “for days” as a homeless person, and that he found that in nearly every case the homeless could find people who fed them up to six times a day.

What is remarkable about Marbut’s specious illogic is that he never once asked the homeless what they wanted. He paints such a rosy picture of homelessness that one wonders why he did not stay with the homeless so he could continue to eat all the abundant food that the homeless seem to enjoy daily.

What of the “24/7” programs that Marbut assumes are available to all, starting with Texas? According to the Texas Medical Association:

Texas is the uninsured capital of the United States. More than 6.3 million Texans—including 1.2 million children—lack health insurance. Texas’ uninsurance rates, 1.5 to 2 times the national average, create significant problems in the financing and delivery of health care to all Texans. Those who lack insurance coverage typically enjoy far-worse health status than their insured counterparts.

Approximately 5 million Texans lacked health insurance in 2012 (32 percent of the population), and with the governor’s refusal to expand Medicaid (which is 100 percent covered by the federal government at present), it is unlikely that the situation will improve, as Republican Greg Abbottjust won a landslide victory in the election for governor. Florida (which is where the Fort Lauderdale arrest occurred), with 3.2 million uninsured (29 percent of the population), and also with a governor who refused to expand Medicaid, is also near the top of this dubious list, and the re-election of Governor Rick Scott will not change anything. In order for anyone to enroll in a “24/7” program (and in general, they do not exist and are unlikely to be created), they would have to pay thousands of dollars for even a minimal program of a few days. It is unrealistic and cruel to deprive people of food because a program might be created sometime in the distant future.

A more realistic view of homeless life and available resources was reflected in 2013 in Raleigh, North Carolina, another state that did not expand Medicaid coverage. For six years, the Rev. Hugh Hollowell and others distributed coffee and sandwiches on Saturdays and Sundays to the homeless of Raleigh, North Carolina, because no state- or local-funded facility was open on weekends. As a result, the homeless gathered in the park, but could not be fed there because of an $800 permit requirement to do an activity in the park. Instead, the homeless had to gather on the sidewalk and (without blocking sidewalk traffic) receive their coffee and sandwich. However, on August 24, 2013, Raleigh police abruptly threatened Rev. Hollowell with arrest if he fed the homeless, but refused to cite any ordinance. Rev. Hollowell, citing his religious principles, wrote: “…when we ignore hungry people, we ignore [G-d].”

To make matters worse, the city of Raleigh recently came in possession of the Salvation Army building, which was a possible replacement area for feeding the homeless. Sadly, city authorities sent out an email stating that people could no longer be fed at that facility.

Consider these other efforts to prevent the feeding of the homeless:

• In Orlando, Florida, a 2006 law is structured so that no one can feed more than 25 persons within 2 miles of City Hall without getting a permit, and can only get 2 permits per year, a law that was upheld in court. Twelve people were arrested in 2012 for violating this zoning law.

• In Houston in 2012, a Christian group that had distributed food to the homeless for a year, during which there were no criminal incidents or litter reported, was told that it could not longer feed the homeless because it did not have a permit, and that a permit would not likely be granted even if they applied.

Relief is also not likely to come at the federal level, where mandatory sequestration continues to impose cuts on all federal spending programs. In the House of Representatives, where budgets originate, Rep. Paul Ryan (who was the 2012 Republican candidate for Vice President) has consistently presented budgets with steep cuts to food stamps (SNAP), Medicare, and Medicaid (and until 2014, privatization of Social Security), in contrast to huge tax cuts to the very wealthy and large corporations. These measures mirror the ideas of “Objectivist” Ayn Rand, whose works constantly exalted the individualistic millionaire while hurling invective at the poor, and opposed any program to help the poor, including Social Security. Rep. Paul Ryan has tried to distance himself from accusations that he favors the Objectivist philosophy of Ayn Rand, but he stresses the religious difference only. While Rep. Ryan is a Catholic (Rand was born Jewish, but became an atheist), he has repeatedly endorsed Rand’s extreme views on pure capitalism, including an adversarial position toward the poor.

Every November, we commemorate Veterans Day. The American government estimates (very conservatively) that there are more than 49,000 homeless veterans on any given night, although the National Council for Homeless Veterans estimates that an additional 1.4 million veterans are at risk of becoming homelessness due to poverty and a lack of support networks. These are among the people who we are now forbidden to feed?

We have also just had another election season in which non-issues such as Ebola, ISIS fighters allegedly coming over from Mexico, and a viral ad featuring a successful candidate who boasted of “castrating hogs“ dominated the media and garnered wins in almost every instance. Unfortunately, it was left to English actor/activist Russell Brand to put things in sarcastic perspective: “America just had midterm elections where $4 billion was spent on campaigning… But feeding the homeless? That’s illegal.”

From Henry David Thoreau to Martin Luther King, America has a strong tradition of objecting and even defying laws that violate core spiritual values in manners most egregious. It is not adequate to provide meager soup kitchens that one must travel to. Many need more and find themselves so desperate that they are begging in the streets. We must respond compassionately. This law must be repealed, and the Jewish people need be at the forefront of this call to action. 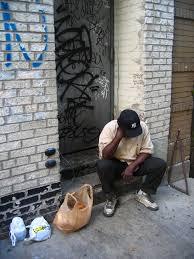 Rabbi Dr. Shmuly Yanklowitz is the Executive Director of the Valley Beit Midrash, the Founder & President of Uri L’Tzedek, the Founder and CEO of The Shamayim V’Aretz Institute and the author of six books on Jewish ethics. Newsweek named Rav Shmuly one of the top 50 rabbis in America.”

COMMENTARY: I rarely take articles from other sources, and always give credit when I do. This one was important – every word, I think, has an impact. So it’s published in its entirety and the links are theirs.

And all of this, we leave in the Master’s hands.
*Admin Kari*

Our plan has evolved. We believe our best efforts should be directed toward using mobile food service options initially – and maybe...

We reached out to 118 churches last spring asking for any who were willing to plant gardens and share some of the harvest with us for our...

We have some upcoming events, and we’re hoping each of them is independently successful. A team of volunteers is currently working...

Rib Fest in the Works

We’re planning our next fundraiser, this time a rib cook-off. We’ve met with officials from other organizations in the area to...

We are going to take a little more time to plan our upcoming events, so look for our Mystery Dinner night, our outdoor sporting event, and...

Links to My Websites